FSS would like to recognize and say "thank you" to our employees who have been with us throughout the years. Celebrating milestone anniversaries in October are: 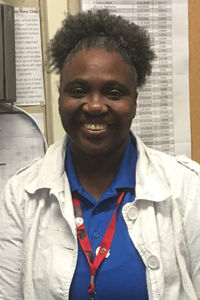 Originally with Globe Security, Monica came to the Flight Services & Systems (FSS) family after FSS took over the account performing preboard screening. According to General Manager Rhett Williams, Monica has been a staple at FAT and an airport celebrity. General Manager Williams noted that he is extremely lucky to have someone like Monica on his team. 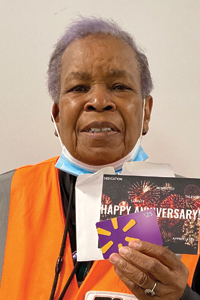 Affectionately known as “Ms. B”, Bernice Jones has been with FSS since our first day of operations at ORD serving British Airways. She, along with Monica, is one of our longest-tenured employees. General Manager Yumi Nang states that Bernice provides warm smiles (through her mask) to boarding and departing passengers of Aer Lingus flights. 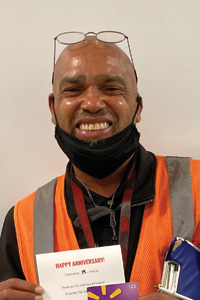 David Irby is our ramp supervisor at ORD for the last 19 years. He works with our ramp agents to ensure each arriving or departing flight goes as smoothly as possible. His positive “can-do” attitude has been a welcoming sight at ORD especially during the COVID-19 pandemic.

From everyone at FSS, thank you for your service, Monica, Ms. B, and David! We couldn’t do it without you!

A Flight Services & Systems (FSS) employee receives a WOW! Award for their outstanding achievement in customer service, honesty, integrity, and goodwill. A General Manager or Operations Manager can nominate employees based on the actions they witness or when they’re notified by the TSA and/or another airport and airline management. Depending on their actions, recipients receive a certificate, recognition on social media, a spotlight in our bi-monthly Flight Plan newsletter, and/or a $25 Walmart gift card. Below are the WOW! Award winners for October! 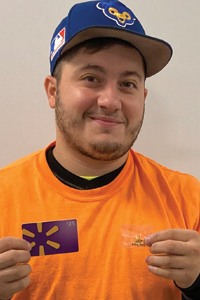 During a late-night Qatar Airways operation at Chicago O’Hare International Airport (ORD), Security Guard Chris Guzaldo noticed that the seal on one of the catering trucks was tampered with. He quickly took a photo and notified General Manager Yumi Nang, Training Manager Matthew Allen, and the Qatar Airways representative on-site. Upon further inspection of the truck, Chris found four catering carts that didn’t have seals, but were also empty. He ensured that the catering truck didn’t pull up to the plane. After a quick conversation with Qatar Airways and the catering company, Chris and Matt stopped the operations and searched the entire truck. Once they were confident that the catering truck was safe and secure, operations resumed. Because of his quick thinking and following the proper procedures, Chris received a WOW! Award. 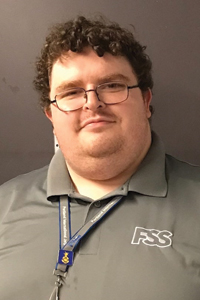 One of the passengers of a Southwest Airlines flight was so impressed by Mobility Assistance Agent Zachary White of Portland International Jetport (PWM) that let the Southwest Airlines representative know. Zachary took the time to make sure the passenger felt comfortable and safe as he helped guide them through the jetport. He also made sure their luggage was taken care of. Throughout their journey, Zachary ensured the passenger’s needs were met and made them feel like they were top priority. For providing outstanding customer service, Zachary received a WOW! Award. 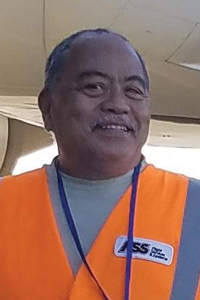 During a Qatar Airways operation at Seattle-Tacoma International Airport (SEA), Security Guard Lorenzo Lizama noticed that one of the seals on a catering truck was broken. He halted the operations, contacted General Manager Zach Cox, and awaited further instructions. As it turns out, the broken seal was part of a TSA test to make sure our agents are on top of their game when it comes to aviation security. FSS passed the test because of Lorenzo following procedures. We awarded Lorenzo a WOW! Award for his efforts.

Fantastic job to all our WOW! Award winners! Keep up the good work and way to set the example for your teammates to follow!

Do You Have an Experienced Provider for Your Charters?

For your charters, go with an experienced team…go with FSS!

As conventions and sports arenas open back up, you’re going to receive a lot of requests for charters. When it’s time to choose your charter service provider, choose Flight Services & Systems (FSS)!

FSS has the charter experience that you can rely on. We have covered multiple NFL, MLS, and college football charters and were the charter service provider for the 2021 NCAA Men’s and Women’s Basketball Tournament.

Contact Nick Poorbaugh at npoorbaugh@fsspeople.com or call him at 216.217.2330 for more information! 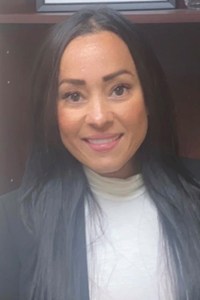 Olga Gudiel has been named the General Manager of Boston Logan International Airport (BOS). She comes to FSS with six years of aviation industry experience with four of them being managerial. Olga started her career at ATS where she was a Guest Service Agent for Spirit Airlines. During her time at ATS, Olga had daily interactions with customers and made them feel welcomed with her friendly and professional manner. 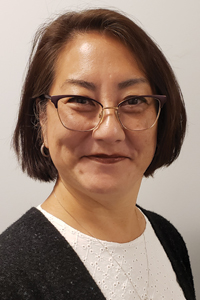 As the new General Manager of Chicago O’Hare International Airport (ORD), Yumi Nang comes to FSS with over sixteen years of aviation experience. She started her career at Worldwide Flight Services (WFS) where she was a Passenger Service Supervisor. For seven years, Yumi managed and evaluated the performance of 30 WFS agents for Japan Airlines. She also acted as an interpreter for Japanese passengers.

She left WFS to join the team at American Airlines as a Customer Care Agent. She worked her way up to become the Customer Service Manager. During her nine years with American Airlines, she conducted internal audits to assess compliance with operation procedures, employee standards, and FAA and airport requirements. She also volunteered as a member of the CARE TEAM, acted as President of the APES BRG, and was the Customer Service Coordinator relief for Japan Airlines and Iberia. 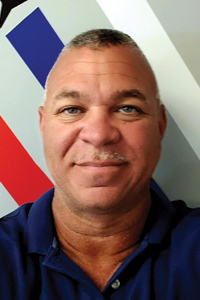 Michael Evans has been hired as the General Manager at Huntington Tri-State Airport (HTS). He comes to FSS with over twenty-six years of managerial and leadership experience. Throughout his career, Michael has managed on average thirty-five employees. He has assisted in the development and implementation of safety awareness programs at previous jobs. He has also created a culture of safety, performance, and quality at his various stops. In his General Manager role, Michael will be a key driver towards our safety and security activities and initiatives while upholding our customer service standards.

Michael is a United States Army and Desert Storm Veteran. During his service, he was an OH58 D Helicopter Crewman and was awarded three Air Medals for Bravery. He attended the University of Findlay and is also an FAA private pilot.

Welcome aboard Olga, Yumi, and Michael! 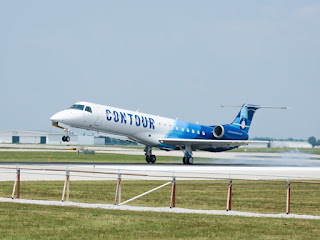 On October 1st, General Manager Cervando Ramirez, Operations Manager Johnny Britt, and the rest of the DFW crew welcomed Contour to the Dallas-Fort Worth area. With a little help from San Antonio International Airport General Manager Zach Jackson, the operation went off without a hitch.

Contour was welcomed to Indy by Operations Manager Hugh Dennis and the IND team on October 12th.  Training Manager Matthew Allen was also there to lend a hand. According to Hugh and Matthew, everything went as planned.

FSS is excited to be a part of these new ventures with Contour Airlines and can’t wait to see what the future holds. 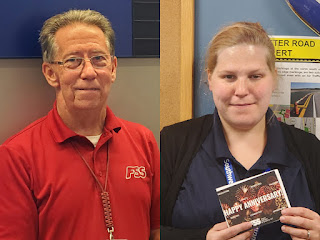 Flight Services & Systems (FSS) strongly believes that our supervisors make the difference every day, especially when it comes to aviation security and safety. Below are two supervisors from our Portland International Jetport (PWM) station who have made the difference:

During his 12 years as a Supervisor for FSS, David McMullen has been a leader for the Customer Service Agents at PWM. Along with their customer service training, David confirms that each agent completes their security and safety training. Thank you, David, for being the driving force at PWM!

Overseeing our Southwest Airlines operations is Caitlin Clark another Customer Service Supervisor. She ensures that each Customer Service Agent is current on all their training which includes security and safety. She also meets with her team daily to discuss the latest security and safety information. Thank you, Caitlin, for the fantastic job you do!