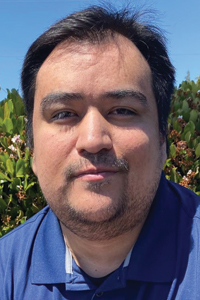 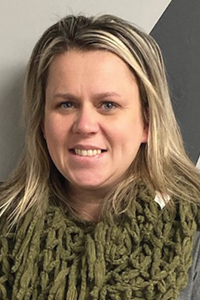 Ramp Agent Aaron Moore of Huntington Tri-State Airport (HTS) also passed five consecutive cabin search tests. After his initial training, Operations Manager Cynthia O'Brien ensure Aaron fully understood his responsibilities, what to look for, and what to do when he found a suspicious item. It's no surprise that with this positive reinforcement Aaron was able to accomplish this outstanding achievement. 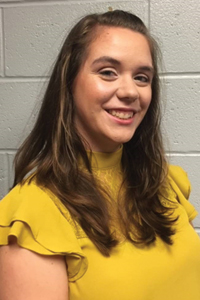 Under Operations Manager Sarah Merrill's guidance, Portland International Jetport (PWM) had three employees receive WOW! Awards in April. Two of them, Nathaniel Ohman and Ethan Ricard, received awards previously in March (read more by clicking here) for their observations. Also, newcomer Ian Cooke received his award the same day he received his SIDA badge. Because of Sarah's coaching and leadership, security and safety were at the top of these employees' minds.

Aviation security and safety are part of the pillars of the FSS difference. We are proud of our supervisors who set forth to be the example, to share knowledge, and help strengthen our security teams. The FSS Supervisors across our company clearly make the difference every day.

DFW Welcomes Back Lufthansa and Avianca


The Flight Services & Systems (FSS) crew at Dallas-Fort Worth International Airport (DFW) is starting May off with a bang. On May 1st, the FSS cleaning members will resume duties aboard Lufthansa. On May 2nd, the DFW security and ground handling team will restart the Avianca operations. Operations had ceased a few months prior due to the COVID-19 pandemic. These restarts are a sign that things are starting to get better in the aviation industry and FSS is excited to be at the forefront.

A Flight Services & Systems (FSS) employee receives a WOW! Award for their outstanding achievement in customer service, honesty, integrity, and goodwill. General and Operations Managers nominate employees based on actions they witness or are notified of by TSA and other airport and airline management. Recipients receive a certificate, recognition on social media, a spotlight in our bi-monthly Flight Plan newsletter, and a $25 gift card. Below are the WOW! Award winners in April:

Chicago O’Hare International Airport General Manager Jimmy Dillard is recognizing Ramp Agent Kevin Gonzalez. During a British Airways freighter, Kevin noticed that someone was trying to access the aircraft. He stopped the person from boarding and requested to see some identification. The identification revealed the person involved was a TSA Agent who was conducting a test. Kevin passed and the agent informed General Manager Dillard as well as British Airways. Congratulations, Kevin!

During a security test at Boston Logan International Airport, Security Agent Bak Bol noticed something wasn’t quite right. He grabbed his phone and was in the process of calling Massachusetts State Police (MSP) when the TSA Agent identified themselves. During the conversation afterwards, Bak told the TSA Agent that he understood that he had to keep the agent under observation until the MSP arrived. The agent informed Vice President of Operations George Nikolouzos and General Manager Gordana Maric that Bak had passed the test. Congratulations, Bak!

FSS had three Portland International Jetport employees receive WOW! Awards for their action during TSA challenges. Nathaniel Ohman and Ethan Ricard were recognized last month (read more by clicking here). This is their third successful test and each of them received a certificate and a $50 gift card. Ian Cooke passed his challenge the same day that he received his SIDA badge. Along with General Manager Kristean Jacobs, FSS congratulates Nathaniel, Ethan, and Ian!

FSS would like to recognize and say "thank you" to our employees who have been with us throughout the years. Celebrating milestone anniversaries in April are:

On April 1st, we started operations with Silver Airways. The operation is part of the FSS/Silver Airways continuing partnership. This is the fifth location we have welcomed Silver Airways to. It's also the fourth new location for FSS. Silver Airways leadership was on hand to cheer on our crew and welcome passengers. After some festivities, our crew went to work. Under Regional Manager Evian Medrano and Operations Manager Anthony Vazquez's supervision, the operation went amazing. Anthony handled our ramp team while Evian oversaw the ticket counter staff.

Enjoy the video of the Silver Airways startup at SAV!

Enjoy the video of the Sun Country Airlines startup at SAV!

Fantastic job by Operations Manager Anthony Vazquez, the SAV crew, and everyone else involved on these startups!

Flight Services & Systems (FSS) is recognizing Kayla Oliphant and Deanna Goodwin. They work at our Indianapolis International Airport (IND) location. Alaska Airlines recently honored Kayla and Deanna for their actions and here's why:

On March 2nd, the IND ramp crew had begun loading an Alaska Airlines cargo flight. 30 crates of guinea pigs, 170 pieces of mail, and some "micro-organisms were part of the unusual cargo.

Kayla checked to see if the shipment was dangerous goods and not a mistake by the accepting agent. After a quick discussion, the container had the proper labeling. Kayla informed Air General on Alaska Airlines' policy. She also let them know that the container would have to be set aside.

Deanna Goodwin is one of our Customer Service Agents for Alaska Airlines. She recently received Alaska Airlines’ 2020 Beyond Service Top 1% Award. The award centers on the feedback Alaska Airlines receives from their passengers. As they began totaling the tallies, Deanna’s name kept reappearing time and time again. Her kind-hearted and positive attitude left passengers with positive impressions. Alaska Airlines will recognize Deanna during a virtual event on April 28th.

Congratulations, Kayla and Deanna, on your outstanding achievements!

According to several Sun Country Airlines pilots, General Manager Zach Jackson and the SAT team were on their game and well organized. Players, coaches, and families were ushered from the plane to the buses with ease. Our security teams made security screening easy and stress-free.

Our IND team faced a few hiccups in the beginning but came together. Made of staff from IND, Chicago O’Hare International Airport (ORD), and even corporate, the IND team setup screening stations to help usher teams in a fast as they could. Director of Aviation Security Hovav Frenkel was on hand to practice what he preaches and provide our staff with some additional knowledge.

Overall, the entire tournament was a huge success for FSS. Our staff was able to display their knowledge and skills, show how we overcome adversities, and how we work as a team. From the FSS leadership, fantastic job all!

Before coming to FSS, Anthony worked at Chicago O'Hare International Airport (ORD). He was a Training Manager with Swissport. Part of his responsibilities was training new hires on ramp operations and safety.

Anthony came to FSS as part of our Jacksonville International Airport (JAX) team. He was there during the Silver Airways startup in December 2020. While at JAX, he received a WOW! Award in February for aviation security and safety (learn more by clicking here). His ramp operations and Silver Airways knowledge has prepared him for Operations Manager. Along with Silver Airways, Anthony will also oversee operations for Sun Country Airlines.

Congratulations and welcome to SAV, Anthony!

Flight Services & Systems (FSS) is proud to announce that Security Supervisor Chitwan Kaur has been selected as April's Supervisor Spotlight. She was recently promoted to Supervisor and oversees our security staff at Seattle-Tacoma International Airport (SEA).

Under Chitwan's watch, our security agents have successfully passed TSA challenges and tests. Most recently, Jay Torres, a SEA Security Agent, challenged a TSA Agent below wing during a Qatar Airways flight. For his actions, Jay received a WOW! Award which is given for an employee's outstanding achievement.

Chitwan has received multiple WOW! Awards within the last two months. For her first award, she was nominated by General Manager Zach Cox for the numerous compliments he has received from Qatar Airways. According to Qatar Airways management, Chitwan professionally conducts herself and strives to keep passengers and aircrafts safe. She received her second award for challenging a TSA Agent on the jetbridge during a Qatar Airways flight.