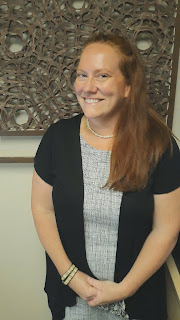 Flight Services & Systems (FSS) is excited to announce that Holly Egan will be taking over for George Nikolouzos as General Manager for Boston Logan International Airport (BOS). George will expand his role as Vice President of Operations for FSS.

Holly comes to FSS after spending 13 years with JetBlue Airways as a Zone Coordinator at BOS. While at JetBlue, Holly’s duties included coordinating daily operations, tracking fleet launches, and training new Operations Crew Members. She also communicated with all departments, including management and ramp teams, within Boston local. Holly worked closely with business partners, including FSS, and System Operations Coordinators and Planners.

We are looking forward to having Holly as part of the FSS team.

Holly is a graduate of Embry Riddle Aeronautical University where she studied Aerospace Studies.