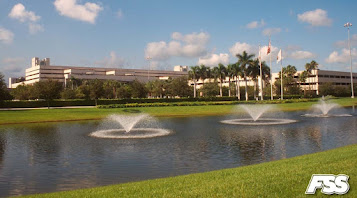 Flight Services & Systems Palm Beach International Airport (PBI) team was recently recognized for their professionalism and quick actions. An incident took place this week where a flight had to divert but there was no overnight staff available at Miami International Airport (MIA) for it to land safely. Ray Sauseda from Frontier Airlines had to quickly decide the best option for this divert to get the staff it needed. Ray got in contact with our general manager at PBI, Tracy Doyle, and luckily there was an F9 flight delayed en route to PBI. This delayed flight allowed the PBI team to receive the divert and get the customer the medical attention she needed. We appreciate the communication and quick actions our team used at Palm Beach International Airport!

Flight Services & Systems is pro-vaccine and highly encourages our current employees to be vaccinated. We are keeping our employees safe by staying up-to-date on each location's Covid-19 vaccination status. All new employees will be required to have the Covid-19 vaccine upon employment with FSS.

A Flight Services & Systems (FSS) employee receives a WOW! Award for their outstanding achievement in customer service, honesty, integrity, and goodwill. A General Manager or Operations Manager can nominate employees based on the actions they witness or when they’re notified by the TSA and/or another airport and airline management. Depending on their actions, recipients receive a certificate, recognition on social media, a spotlight in our bi-monthly Flight Plan newsletter, and/or a $25 Walmart gift card. Below are the WOW! Award winners for November!

During a flight David caught that there were broken seals on the catering. After reporting this issue it turns out that it was part of a TSA Audit. General Manager Yumi Nang touched on how David is a very dedicated worker and has been helping her when she needs him too. David received a WOW! Award. Keep up the great work David! Roba Qoricho was awarded with a WOW! Award from his general manager, Olga Gudiel. Roba is one of many dedicated workers at our Boston Logan International Airport (BOS). He was recognized for his hard work and received a WOW! Award. 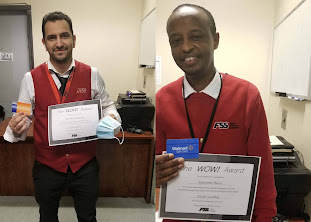 Younes Lamtouni (left) and Ephrem Biru (right) were awarded a WOW! from their General Manager, Olga Gudiel. We are appreciative of their ongoing hard work and the extra effort they include in their daily routines at Boston Logan International Airport. Both have never complained when it came to the work they are asked to do. Younes and Ephrem both received a WOW! Award.

Below are some photos from the startup. 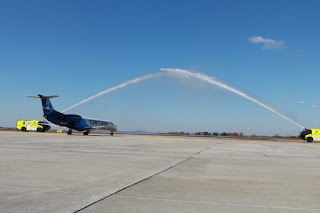 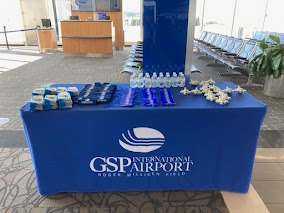 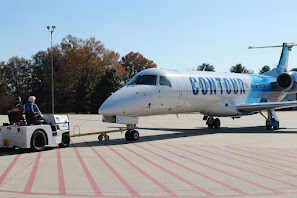 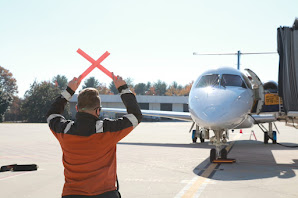 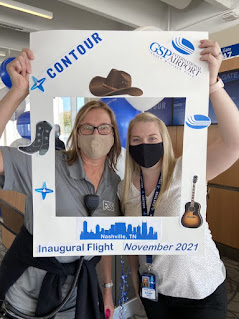 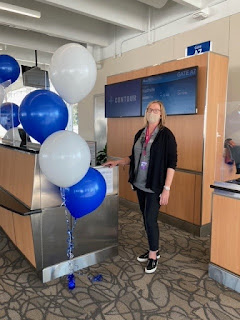 Flight Services & Systems would like to honor the servicemen and women who have served in the United States Armed Forces. Below are current employees who we would like to recognize and thank for their service: 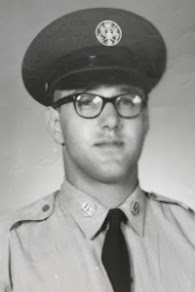 Robert A. Weitzel, Sr. - CEO
United States Air Force
Robert was an enlisted Airman in the United States Air Force, Security Service as an Intercept Telecommunications Person from 1957 to 1961. He was tasked with monitoring high technology communications within the Eastern Bloc communist countries at that time. Robert was stationed at St. Lawrence Island, Alaska and Kirknewton, Scotland. Both locations were sited to obtain the best reception on the targeted transmission locations. Robert was discharged in 1961 as an Airman 1st class (E4) with several citations for exemplary service. Robert also completed his first year of college through an on station college education program before finishing his accounting degree at The University of Akron. 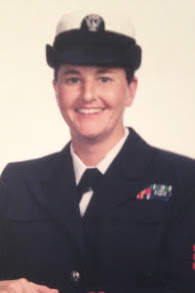 Sherrie Erwin - General Manager
United States Navy
Sherrie was enlisted in the United States Navy as a non-rated Airman in 1983 and attended boot camp in Orlando, Florida. After attending "A" school in Memphis, Tennessee, she was designated as an Aviation Structural Mechanic for Safety Equipment, or AME. Sherrie was stationed or assigned Temporary Duty (TAD) at numerous Naval Air Stations, Naval Air Facility Stations, and Naval Bases both Stateside and international. She received an Honorable Medical Discharge 13 years later in 1996 as a First Class Petty Officer (E-6). Sherrie went on to finish her Bachelor of Science degree from Embry Riddle Aeronautical University. Michael Evans - Trainer
United States Army
Michael served in the United States Army from 1984 to 2001. He was deployed to Germany, South Korea, Saudi Arabia, and Iraq. While being deployed to Iraq he served as a 93B OH-58D Aeroscout Observer. Michael also was involved with combat aerial operations in Operation Desert Shield/Desert Storm. Michael also was a Qualified Airborne/Air Assault soldier while stationed at Ft. Rucker, Alabama. He received an Army Commendation Medal and three Air Medals with oak leaf clusters for Bravery.
Thank You For Your Service!