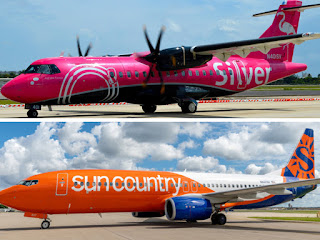 Flight Services & Systems (FSS) will expand operations to Savannah-Hilton Head International Airport (SAV) with our partners, Silver Airways and Sun Country Airlines. The Silver Airways operations starts on April 1st while Sun Country Airlines starts on April 8th. These operations will be overseen by Regional Manager Evian Medrano and Operations Manager Anthony Vazquez. Anthony was one of our ramp agents at Jacksonville International Airport (JAX) and was recently featured in February for winning a WOW! Award. You can read about Anthony’s award by clicking here.

With the addition of SAV, FSS will be operating in 17 airports in 12 states. 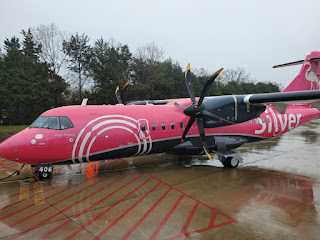 On March 18th, Silver Airways was welcomed to the Greenville-Spartanburg International Airport (GSP) by the Flight Services and Systems (FSS) crew. In a continued partnership with Silver Airways, GSP is a new location for FSS and we couldn’t be more excited to be there. Under the leadership and guidance of Regional Manager Evian Medrano and newly appointed Operations Manager Sherridan Edwards, the startup went as smoothly as can be. Prior to the startup, the GSP crew went through weeks of training to ensure a successful startup. From everyone at corporate, awesome job, GSP team, welcome to GSP, Silver Airways!

Check out the short video we created using the photos taken during the startup. Enjoy!

A WOW! Award is given to any Flight Services & Systems (FSS) employee for their outstanding achievement in the following: Customer Service, Honesty, Integrity, and Goodwill. Award submissions are performed by the General Manager and details of the act for which the award is being presented. Recipients of the WOW! Award receive a certificate, recognition on our social media, a spotlight in our bi-monthly Flight Plan newsletter, and a $25 gift card. WOW! Award winners for March are:

There were several WOW! Awards handed out at our Portland International Jetport (PWM) operation during March. Nathaniel Ohman and Ethan Richard were two-time winners for their actions in challenging TSA Agents. Below are the FSS employees who successfully passed a TSA challenge or FSS security test:

Flight Services & Systems (FSS), along with General Manager Zach Jackson of San Antonio International Airport (SAT), is celebrating Alberto Vasquez as our Employee Spotlight in March. Alberto has been with FSS as a Ramp Supervisor for 2 and a half years. Since coming to FSS, he has committed to showing up to work at least 15 minutes before his shift and accepts any responsibility that is given to him with zero hesitation. According to General Manager Zach Jackson, Alberto is one of his most reliable employees, and that his hard work is a huge part of what makes SAT run so smoothly. Congratulations, Alberto!

FSS would like to recognize and say "thank you" to our employees who have been with us throughout the years. Celebrating milestone anniversaries in March are: