A Flight Services & Systems (FSS) employee receives a WOW! Award for their outstanding achievement in customer service, honesty, integrity, and goodwill. A General or Operations Manager can nominate employees based on the actions they witness or when they’re notified by the TSA and/or another airport and airline management. Depending on their actions, recipients receive a certificate, recognition on social media, a spotlight in our bi-monthly Flight Plan newsletter, and/or a $25 Walmart gift card. Below is the WOW! Award winners for September!

All Eyes on Safety and Security

We had several employees receive WOW! Awards for their efforts in safety and security. Elmira Akhmedova of Seattle-Tacoma International Airport (SEA) received her award for successfully passing a TSA access test during one of our above and below wing operations. Cody Cofferen of Portland International Jetport (PWM) passed a TSA badge challenge by stopping a TSA agent who didn’t have their credentials visible. Jairo Navarro of Fresno Yosemite International Airport (FAT) passed five consecutive cabin search tests during a month and a half span. The cabin search test was created by Director of Aviation Security Hovav Frenkel to ensure our staff is performing their duties and being mindful of security and safety.

FSS received compliments on two of our employees from our airline and airport partners. Silver Airways passed along their sincere thanks to Charleston International Airport (CHS) Ramp Agent Damian Bing. Damian has earned the reputation amongst the Silver Airways Flight Crews for being the “person in CHS that gets it done”. Andrew Brown of Boston Logan International Airport (BOS) received a compliment from a Massport Supervisor. According to the supervisor, Andrew is one of the best agents that we have ever had because he follows the procedures and is willing to learn.

Fantastic job to all our WOW! Award winners! Keep up the good work and set the example for your teammates to follow! 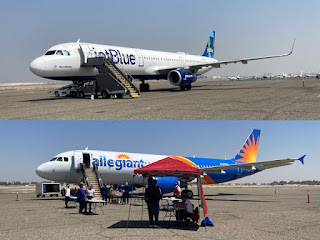 As the leaves start to change, it can only mean one thing…it’s college football season! Our Fresno Yosemite International Airport (FAT) staff has been busy since the season kicked off a few weeks ago.

The FAT crew started the season off by welcoming the University of Connecticut Huskies football team to the Fresno area. The Huskies arrived on a JetBlue Airways charter, an airline our FAT security and safety team is familiar with. By following all the procedures, the operation went perfectly.

The following week, our staff wished the twenty-second ranked Fresno State Bulldogs football team the best of luck as they headed out to take on the third-ranked Oregon Ducks on their Allegiant Air charter. The FSS team again handled the security and safety for the coaches and players as well as provided screenings.

Congratulations to General Manager Rhett Williams, Operations Manager Alex Porraz, and the rest of the FAT crew on a job well done!

If you have an upcoming charter and need assistance, please reach out to Nick Poorbaugh at npoorbaugh@fsspeople.com or call him at 216.217.2330. We’ll be glad to help. 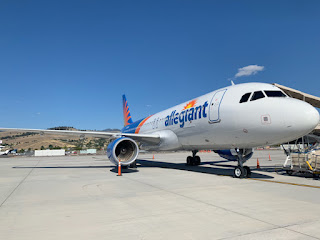 Recently, our staff at Seattle-Tacoma International Airport (SEA) made the trek to Montana to receive some Allegiant Air training. The training took place on the University of Montana campus. Shortly after their training, the SEA crew was able to put what they learned into action.

SEA General Manager Zach Cox received a call to help on an Allegiant Air charter. He gathered his team and headed to Missoula County International Airport (MSO). With the procedures still fresh in their mind, the SEA staff did a fantastic job, and the operation went off without a hitch. Awesome job, Zach and the rest of the SEA team!

If you have an upcoming charter and need assistance, please reach out to Nick Poorbaugh at npoorbaugh@fsspeople.com or call him at 216.217.2330. We’ll be glad to help!

Trust Your Passengers with a Name You can Trust...Trust FSS

Our revamped eStaff app allows our agents to be agile with your passengers’ needs. It is completely interactive, provides up-to-the-minute tracking, and has the ability for daily reports. Because eStaff documents each push, FSS has never once received an ADA fine.

Along with our training and technology, our Mobility Assistance Agents wear professional attire, representing you and your company. Our wheelchairs are maintained daily and sanitized after each use by following the COVID-19 protocols.

When it comes to mobility assistance, trust FSS!

For more information about our services, please contact Nick Poorbaugh at npoorbaugh@fsspeople.com or call him at 216.217.2330.

Flight Services & Systems (FSS) is excited to welcome two General Manager back to their old stations and announce the promotions of two other employees. 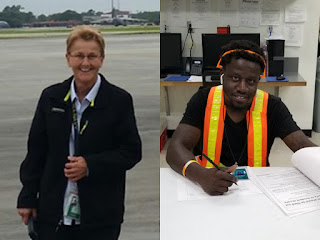 She proudly served in the U.S. Navy as a Quality Assurance and Safety Supervisor in the aviation sector. During her service, Sherrie obtained the right to bear three gold hash marks on her Star, three Navy Achievement Medals, and two Outstanding Sailor of the Quarter awards along with various overseas medals and Ad/Mat awards.

Zach Hicks is a promotion from within. He has been with FSS for several years and has shown the ability to lead and manage various teams. Zach will be assisting Sherrie in training compliance, management, and helping Silver Airways Supervisor Jennifer Gillentine with operations.

Welcome back, Sherrie, and congratulations, Zach! 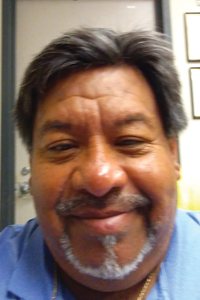 Cervando comes to FSS with over 10 years of aviation industry experience. He started his career at Southwest Airlines as a Ramp Supervisor. During that time, he managed over 500 employees and keep safety at the top of their minds. Cervando conducted daily safety and operational briefings. He also performed safety audits and coached employees when irregularities occurred. 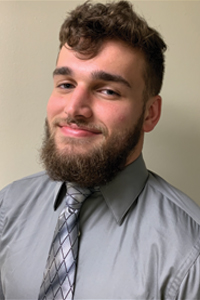 Zach has been with FSS since 2017 and recently served as General Manager at Dallas-Fort Worth International Airport (DFW). He started his career as a ramp agent and steadily worked his way up the ladder. Zach was hugely implemental in the Sun Country Airlines charters during the NCAA Women’s Basketball Tournament in March.

FSS would like to recognize and say "thank you" to our employees who have been with us throughout the years. Celebrating milestone anniversaries in September are: 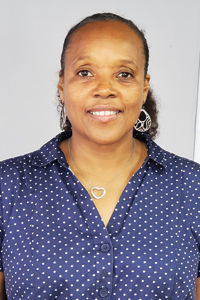 Michele comes to FSS with over seven years of aviation industry experience. She started her aviation career as a ramp and ticket agent for AirTran Airways. In her most recent position, Michele was the General Manager for Cargo Force in Kenner, Louisiana. While at Cargo Force, she ensured customer satisfaction, trained new employees on expectations and safety, and made safety a top priority during loading and unloading operations. She also worked within the guidelines established for safety and security.

She is a graduate of Fisk University with a Bachelor of Arts in Political Science.